For a limited time only, the iconic Broadhurst Theatre in New York City, New York is honored to present the new Musical that is Jagged Little Pill on Tuesday 13th July 2021! Inspired by Alanis Morissette’s Grammy Award-winning spectacle, JAGGED LITTLE PILL brings to the stage the “humanly recognizable and magnificently staged story” of the Healys, a suburban family whose perfect Connecticut lives collide head-on with some of the hottest issues of today. Sound like a musical you’d like to see? Then get your tickets here!

What do you get when you mix one of the strongest casts in theater with top quality writing? You have the new Jagged Little Pill! Jagged Little Pill is a rock musical with music by Alanis Morissette and Glen Ballard, lyrics by Morissette, and book by Diablo Cody, with additional music by Michael Farrell and Guy Sigsworth. The show is inspired by the 1995 album of the same name by Morissette! Best of all, this unforgettable musical is playing at the iconic Broadhurst Theatre, one of the most popular venues in New York City, New York! Savour one of the most anticipated musicals this year, by checking out the Broadhurst Theatre! 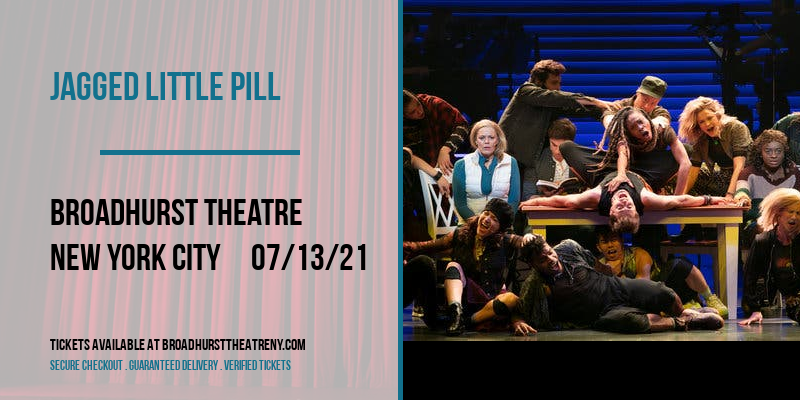