This timeless musical will delight musical fans, old and new, thanks to the five-star talent that makes up the cast. Through explosive choreography and the pure power of an onstage band, JAGGED LITTLE PILL creates a mystical musical experience that lifts its audience from moments of quiet, tender intimacy to pure rock ‘n’ roll release. The result is an electric, fearless look at what it means to be alive in 21st century America and an urgent call for us to come together even as the world pushes us apart. So if you don’t want to miss out on the latest event of 2020, make sure you book your tickets to watch Jagged Little Pill live on Monday 5th July 2021 while supplies last!

There's nothing quite like catching an exciting musical LIVE on stage! And now, one of the greatest is coming down to Broadhurst Theatre this July. As it's being described as one of the biggest broadway shows of 2021, Jagged Little Pill is blowing the crowd away as it brings a never seen before production of Alanis Morissette's music, performing songs from the unforgettable album released in 1995. When Alanis hit the radios, no one could stop themselves from talking about it, for it's alternative sound and of course, the great singles from the likes of; Hand In My Pocket to You Oughta Know and Alanis Morissette's biggest song to date – Ironic. If you love musicals and also love Alanis, then your dream has come true as Jagged Little Pill the Broadway show will no doubt leave you in awe. Join in the fun on Monday 5th July 2021 for an evening you will never ever forget! 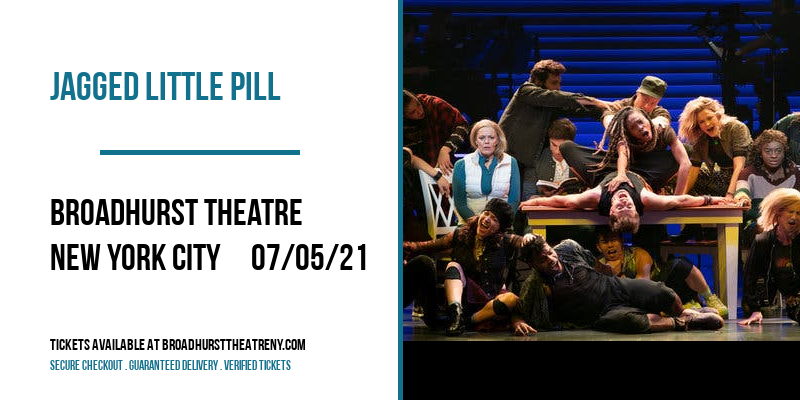