If you love Alanis Morissette and her classic album Jagged Little Pill then there's no way on earth you'll want to miss this! The talented cast members have formed a unique tribute to Alanis Morissette through a Broadway musical of Jagged Little Pill for all to witness! As it brings a slice of the alternative 90s rock scene back to life, Jagged Little Pill is already selling out fast where-ever it hits the stage! October just got even better as Jagged Little Pill will be coming to the New York City area as it takes to Broadhurst Theatre on Sunday 11th October 2020. Like nothing experienced before, it's no wonder tickets are like gold dust – have you got yours?!

Whether you know every single song or it's a brand new show for you, if you're a musical theatre fan, you'll be dazzled by the new rock musical, Jagged Little Pill! A second-to-none show that is an example of truly ingenius musical theatre in terms of cast, premise, songbook, lighting, sets and more, it's no wonder it has been the musical on everyone's lips! The performance is so dense with plot that could have sustained solely on the original 12 songs from Morissette’s seminal, Diamond-certified 1995 album that gives the show its title. You’ll hear all of them framed within inspired contexts: “Ironic” is sung in a high school writing workshop, “Forgiven” is an act-one curtain closer set in a church that dramatizes an unsettling turning point in Mary Jane’s spiraling pill addiction. The show also features nine other favorites from Morissette’s later repertoire, including “Hands Clean,” “Thank U,” and “Uninvited.” Plus, two new songs have been written for the occasion, “Smiling” and “Predator.” So why not come and visit this amazing venue to see any of their incredible upcoming shows! 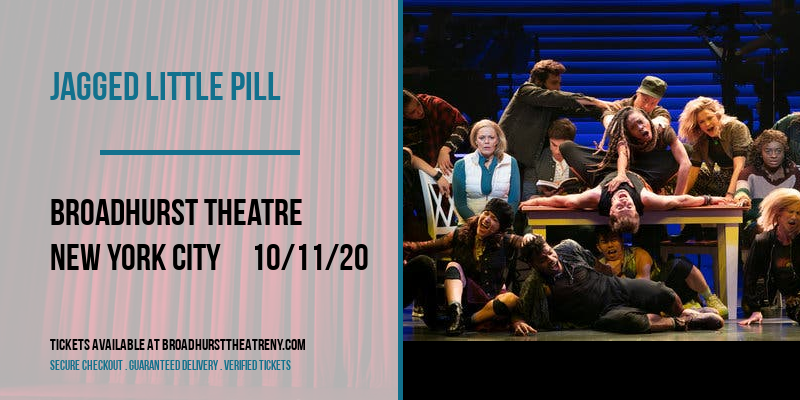